History of the Chalet-Hotel

It was in 1823 that the farm was built by Pierre-Joseph Mermoud to house his large family. Born in 1796, he married twice, had four children of the first marriage and ten of the second. That can explain his drive for building houses: he built four!

The old pictures give us a good idea of the farm witch was to become the Gai Soleil hotel. A sturdy house with thick walls with wooden features and a roof made of ancels ( spruce wooden plates cut in the wire).

...with our grandfather Albert, grandson of Pierre-Joseph, born in 1871. He is a farmer, in the summer, he owns the alpine pastures of La Bûche-Croisée and Roselette and also trades livestock. It is very modern, to the point of being one of the first in Les Contamines to own a car. Seeing that the top of the valley interested more and more the tourists, he transformed two rooms in the farm for the summer rental. But there was no question of abandoning agricultural and pastoral activities. It was also in the early 1920s that Anne-Espritoz, our mother, was learning to cook and welcome tourists from the age of 12. Her uncle and aunt are the owners of the summer refuge of Tré-La-Tête The cooking was with butter and cream, poultry, rabbits, sheep, cows were raised for milk and milk products. Even if the setting and furnishings were rustic, the cutlery was silver, much to the annoyance of Anne-Marie and her sisters, who were in change of maintaining then with special product ( Blanc d'Espagne). They had to watch the arrival of the clients around the forest, about 30 minutes from the hotel, help to kill and stip the animals, sometimes go down to the village if something was missing. Then, our mother, together with her aunt started learning about the hotel business: cooking, pastry, welcoming the guests. Without knowing it, she was going to be ready for a new job twenty years later. 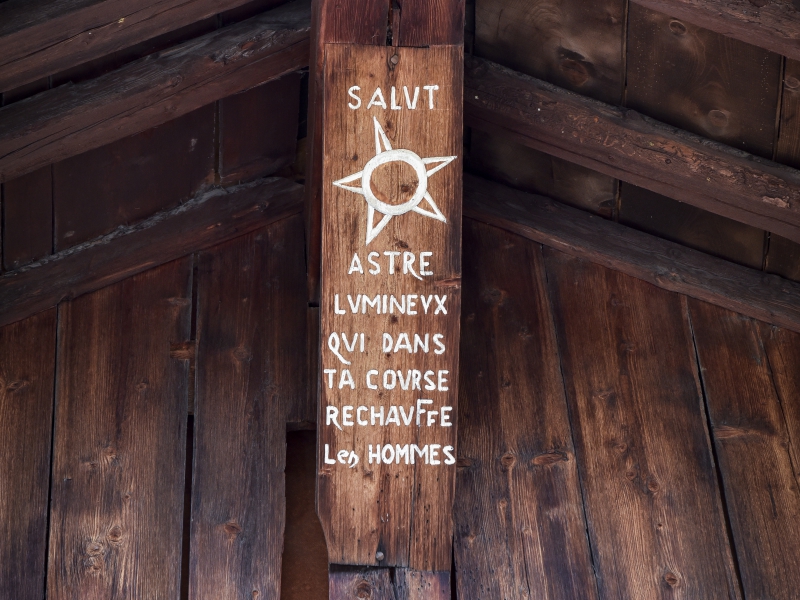 ... and came to live on the farm witch is now the Gai Soleil after the death of our grandfather the same year. The thirties were difficult. The division of the assets of the grandparents, the tests of death and disease, the sale of goods to secure a health insurance still non-existent, little land in the valley to feed a large family. This would lead our parents to look for a different source of revenue. Tourism was going to offer them this possibility after the war. Our mother had retained a taste for contact with tourists, and did not have too much trouble convincing her husband to go into the hotel business, starting at the bottom of the ladder while Fernand would continue farming the land: cows and customers lived together in the same building! The farm was transformed all that could not be used was discarded, windows were opened with difficulty in walls that seemed to have been built the day before. The dining room and 10 rooms were created. We installed a bar, equipped the kitchen and in early summer 1947, the Gai Soleil Hotel-Pension received its first customers. Renée, Ginette, Jeanne-Elise the children were also trained during the school holidays, as well as Gilberte, more later.

The beginnings were not easy, especially financially. The very modest prices and the constant thrive to serve the costumers well, often beyond what was necessary to ensure an honest return on investment, quickly generated a solid reputation for the Gai Soleil and soon guests kept returning. But it was necessary to develop all the potential revenue streams to ensure the repayment of the heavy loan contracted for the refurbishment of the farm. The bar was open all years for the locals and served as a restaurant for the workers. But the strongest activity in sensation were the bullets that our father organized twice a year. He did as much to increase the revenues as by love of the accordion and the dance! 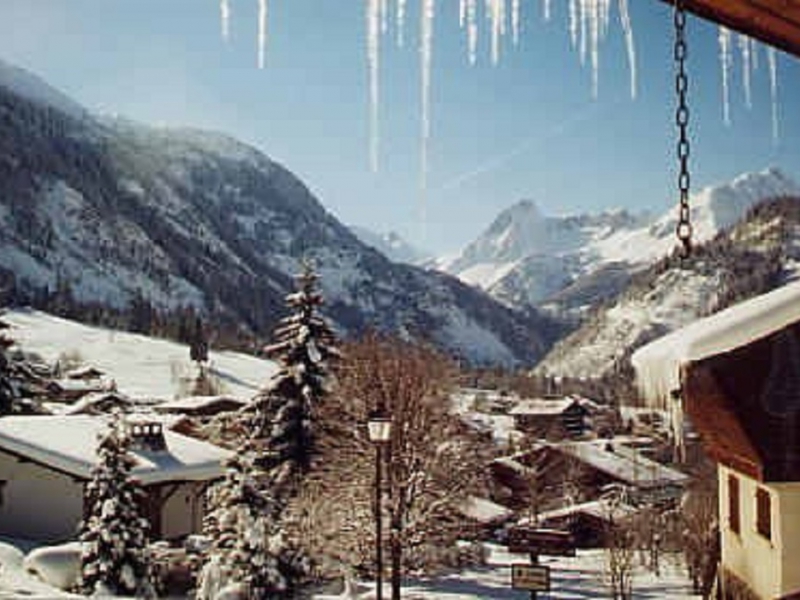 The idea which is fashionable now, to run simultanously a farm and an hotel was pretty unusual at the time. It was working well as the guests appreciated produce from the farm directly to their plate. However 10 rooms were not enough to sustain the business. It was necessary to build additional rooms, using another part of the barn therefore keeping the cattle outside the house. In the early 1950s, an independent barn was built and three new rooms were built on the second floor. Cohabitation between the guests and the cattle was over, but not the dual activity, and it was soon becoming a heavy burden. It lasted yet another decade, untill 1961/62. More farm products, more sausages prepared by our mother from the pigs fed for this purpose with the remains of the kitchen more milk and cream prepared daily. More chickens, ducks, goats and sheep from the farm! Clients probably moaned a bit, and we understand them. But for the family, it was probably worse: for the first time in centuries, a generation gave up what had always been their livehood in this valley. A page was turned with nostalgia, if not pain. And in 1963 the stable was replaced by a cottage for our parents. 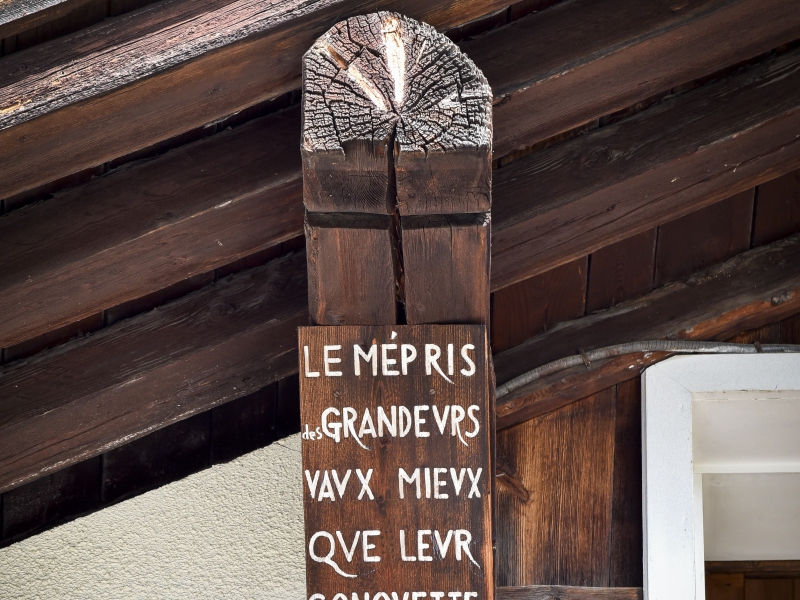 In 1968, our parents handed over the running of the hotel to Renée, who has always worked there. From then on, she will renovate, build, decorate and improve. She has inherited the passion of building from our mother and she improved the business for her pleasure and that of the customers who discover each year further improvements? In 1973/74 she renovated the dining room and made it larger, she added a large living room and five news rooms in the last remaining part of the barn.

In 1993 the roof is redone to give more space and light to three rooms of the second floor by creating wide balcony very appreciated of the customers.

Written by Albert Lermoud in June 1997

In may 2016 after 193 years in The Mermoud family we buy the hotel. It is our turn to welcome our guests with pleasure ant to make then share the happiness of being in the mountains. We will keep intact blade of this chalet and we will continue the hotel tradition of the Mermoud family.

Your browser is out of date!

Update your browser to view this website correctly. Update my browser now